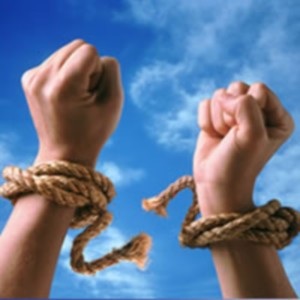 By failing to take advantage of the power of spirituality in the prevention and treatment of chemical addictions, our mental health system is less effective than it might be. Consider the following:

It is well documented that individuals in recovery
from addictions to drugs or alcohol who follow up
their treatment programs with a spiritually based
12-step program such as Alcoholics  Anonymous
are likelier to maintain sobriety than those who rely
on treatment alone. Many recovering alcoholics and
addicts report that their motivation to seek treatment
is closely linked with their spirituality.

Despite this close link between religion and the prevention and treatment of addiction, only 12 percent of clergy have formal training in responding to persons with addictions. At the same time only 57 percent of psychologists engaged in the treatment of addiction would recommend that a patient consult a member of the clergy; only 40-45 percent of mental health workers believe in God; and only 37 percent would recommend that a patient engage in prayer even if it were shown scientifically to improve a patient's progress. On the other hand, 79 percent of Americans believe that spiritual faith can help people recover from disease including addiction.

Hmmm....
There is a gap here. Substance abuse is linked to a wide range of social ills:  climbing crime rates, school dropouts, domestic abuse and increased teen pregnancy rates. Religion and spirituality have been shown to be effective in the prevention and treatment of substance abuse, yet rarely does a "secular mental health professional" call on spiritual resources. Furthermore, pastors and other clergy members rarely receive formal training in recognizing and dealing with addiction and abuse and therefore do not often address these societal woes in their sermons, nor privately speak to an individual they may suspect has a problem.

Clergy and religious workers are a rarely tapped resource in the prevention and treatment of substance abuse and addiction. They should be bringing and awareness of the problem and a message of hope of recovery into their ministry. They should be familiar with the resources and treatment options available in their community and be engaged with them on some level. Clergy should be prepared to refer people to appropriate treatment when the need arises.

By the same token, mental health professionals, while free to hold agnostic or atheistic beliefs, have an obligation to be better informed of the potential that spirituality and God have to help prevent and assist in the recovery from substance abuse. They should become familiar with the spiritual and religious resources within their community and be prepared to refer patients to appropriate clergy or spiritually based programs. They should not shy away from discussing a patients spiritual needs.

A closer cooperation between clergy and mental health professionals may well bring a new era in the prevention and treatment of the devastating disease of addiction and abuse that is so ravaging our nation. The struggle against drug and alcohol abuse has been horrendously expensive and largely ineffective.

Meanwhile, our most effective, most available and least expensive resources are not being utilized. It is well past time to establish a partnership between government, mental health professionals and the clergy to combat the ongoing crisis of addiction and drug abuse in our society.